As I reflect on my expectations and investment plan throughout  2020 it’s clear that my concerns were in line with many others in the market; with smaller, occasional long-term focused traders and professional investors alike.

Heading into the year-end, there were so many structural instabilities and known unknowns that anyone with significant exposure to equities would be crazy to not worry. Add in the insanely over-extended bull run and it felt like there was nothing to do but wait. Which is mostly what I have been doing. But not entirely. 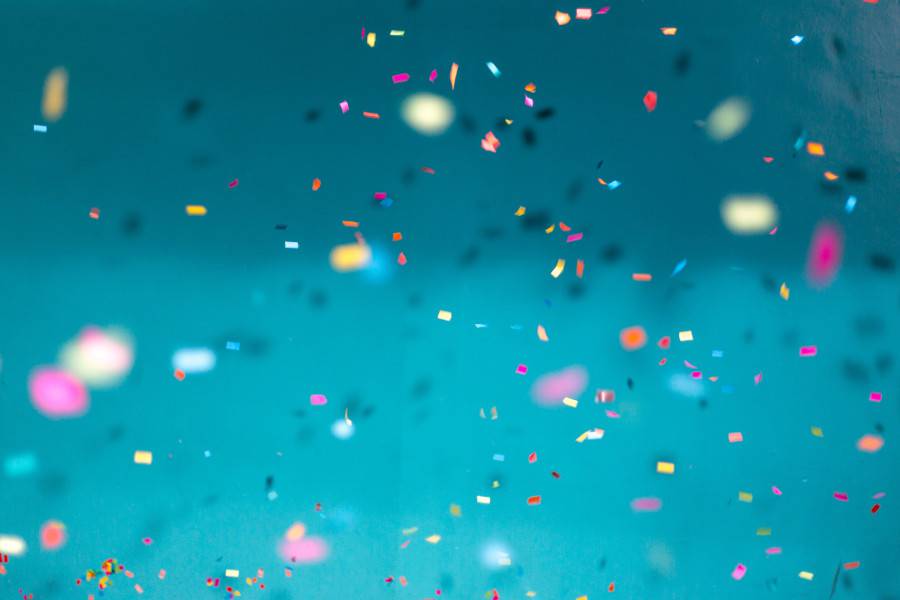 The old adage says that hindsight is 2020. Whoever said that did not live through 2020. As the year crawled on, the market grinded higher. While there were minor pull backs along the way, there have been few opportunities to really re-enter the equities market in earnest (if you were not already in). The Fed and Treasury have left the world awash in free money, and this has created major pockets of volatility and led to certain sectors and asset types blowing up.

In this environment it was hard not to hold winning investments. But there are some very smart people that even now can’t fully explain why this market is doing what it is. The laws of gravity seem to no longer apply. Regardless, as noted in my previous update I have continued to initiate new positions (carefully) or add on to companies or themes that look strongest.

It’s a well worn principle that long journeys begin with small steps. By extension, if those are consistent forward steps (however small) destinations are reached faster. Likewise, big long time portfolio growth can most definitely come from the compounding of small gains. And, as Warren Buffet’s famous rule #1 goes, never lose money (the investment equivalent of ‘forward steps’).

This was an overarching theme for me, at least. The small steps, not the ‘never lose money’ part. My portfolio growth strategy is definitely a work in progress. But at least I have been disciplined with my order and position sizing rules. That means I sometimes felt under-invested on some of the rocket ship rides I’ve taken. But that feeling passes quickly when viewed against my overall portfolio performance. By starting with sensible investment theses and picking entry prices well, the compounding power of many smaller bets is undeniable.

With the schizophrenic behavior of the markets along with broader social and political unknowns, it feels like the right place to be.

For context, at year end I had 129 open positions across equities, ETFs and options across all my listed investment products accounts. Of these, 15 (or about 12%) had negative P&L. But in notional terms, these currently represent only about 4% of my total portfolio. Furthermore, the largest of these are actually counter-trend hedge positions (so, underwater by design).

Across all accounts, I saw 60.5% net realized growth and unrealized gains were over 102% as of year end. In aggregate, I still have about 33% in cash or equivalents. It could be argued that this is too much but with the schizophrenic behavior of the markets along with broader social and political unknowns, it feels like the right place to be.

There are multiple areas of strength, and numerous positions ended the year with 3-4X (or higher) returns, including Maxar Technologies ($MAXR), The Very Good Food Co ($VRYYF), Mind Medicine ($MMEDF), among others. Pinterest ($PINS), Roku ($ROKU) and Tesla ($TSLA) all remained in this outperformer group. Another position that ended up nearly 400% was Ether Capital ($DTSRF), which I discuss further below.

One of the top performers was Square ($SQ) which went out at up over 500%. The other was Quantumscape ($QS), which was the wildest ride of the year. I am in at an average price of $13.65 and it topped out at over $132, ending the year over 5X as well. I have taken profits on a small part of my SQ position but these are both long term holdings.

The performance sore spots were insignificant in overall notional terms, but retaught a good investing lesson. I bought Novonix ($NVNXF), a graphite producer, on the first breakout spike earlier in the year and it went hard against me. On review, there were numerous warning signs, but I skipped some regular sanity checks when I put this on. Lesson: stick to the playbook. SOC Telemed ($TLMD) is a telehealth play I bought as a SPAC, that was down around 20% at year end. Long term play so no worries here. Also on the health front is Jack Nathan Medical ($JNHMF), which is a Walmart piggyback I also plan to hold long term. These last two are likely down with the broader health sector as the pandemic story recedes.

My biggest trading challenge is what I alluded to above: I under-weight my starting positions, out of caution or in expectation of pullbacks. The playbook already defines appropriate initiating positions for various scenarios. I just need to take full, not half steps. A related problem is my resistance to add on when high confidence investments break out. I’ll be working on both of these in 2021.

The cannabis portfolio gained lots of momentum into year end (and really pop in Jan). In Q3 I also initiated multiple small positions in the psychedelic stocks. Most (but not all) of these are Canadian companies. Obviously this is a long play, but the $MMEDF position noted above shows that early wins are possible. The battery play remains strong; Piedmont Lithium ($PLL) is the clear winner. I’m in it at $5.95 (from before the TSLA announcement) and it ended the year at $26.55.

Covered call writing — using a block of AT&T ($T) — has yielded decent and fairly reliable returns. On my last go round I got exercised more than ten days from expiration, which is likely another indication of market wackiness (and annoying). But the game is harvesting yield, which I did (and the equity position was also in the green). I’ve also begun experimenting with selling puts on stocks and at levels I want to get long. WIP.

Final note here is on SPACs. I’ve seen outsized return and a high hit rate in this area, and plan to invest more in the new year. SPACs are much maligned but offer early access to new listings for us little people, but with good downside protection. At their best, they also let us invest alongside leading deal makers (eg Chamath) and asset managers (eg Ackman). Deep domain knowledge can super-charge any business effort or investment, but we can borrow that knowledge or follow others’ lead.

As discussed, my equity counter-trend hedge positions remain negative and in maintenance mode. I am using a combination of broad market index inverse ETFs. I also did some very selective buying of puts for extra downside protection around some specific external events…ultimately, unused insurance. Lastly, my short dollar play continues to bear fruit. The slow and steady decline of the USD will surely bring consequences but having the right exposure helps.

There are multiple potential growth paths I plan to explore over the next few years. The emergence of new funding platforms, positive regulatory changes and increased use by early stage, promising companies makes for a wealth of opportunities. Along the same lines, new tokenization platforms are creating marketplaces for heretofore illiquid assets. These are longer plays but exciting all the same. Here’s a little about the current state of things.

The $USO play I initiated on the day that crude oil went negative has paid well in the last few months. I closed out the position with a 3X win and carried the balance (new highs in the new year). I also have a chunky position in gold ($PHYS), which ended the year on the plus side but really is just sitting there waiting for the storm. There’s also another chunk of silver ($PSLV) which also went sideways for the final months of the year (but has obviously taken off since).

I added to my previously reported bitcoin (BTC) position last in September around the $10K level but have not added more since. I had decided early on that this small crypto portion of my portfolio would be more focused on ethereum (ETH), and added at multiple points from $300 up to $700. I’ve also initiated some exploratory positions in various DeFi coins and projects as well.

Also, as discussed above, I also took a position in Ether Capital ($DTSRF) well ahead of the current ethereum bull run. The Canadian company is a pure play in the ethereum ecosystem that combines both large outright treasury holdings in ETH as well as targeted investments in select projects.

I added an additional private investment to my stack. This was a fair sized commitment (for me) in a cash-flowing digital media company in growth mode, that is targeting a US IPO this year or next. Obviously, time will tell and finding the opportunity itself was more about network than knowledge.

My real estate holdings primarily consist of two residential holdings, both of which are valued at or near all time highs. If you own property anywhere in the US, you probably had the same result. The real highlight was seriously lowering overhead thanks to refinancing. Yay. Seriously.

Whatever your outlook your best move is usually forward.

The economy continues to be awash with extreme Fed liquidity, and more Treasury stimulus is imminent. Unsurprisingly, the market ended the year 20% higher than it was mid-year. That is 20% further to fall. Being on a rocket ship sounds great but flying high can mean falling hard.

Across many sectors, company types and capitalization profiles, the basic laws of market dynamics have come undone. Not

withstanding my finger-pointing above, no one factor is the sole cause. And these are not simply the typical levers and knobs turned to eleven. Altogether new economic and market conditions exist today that have never been in play.

Despite these concerns all we can do is work with the market we have. Keep alert and carefully consider the data available. Keep an open mind about a potentially radical departure from that future you are absolutely sure is right around the corner. And remember, whatever your outlook your best move is usually forward.